Ubisoft has released the patch notes for the next Rainbow Six Siege update. We have the complete information about update Y5S2.2.

The Reporting Panel is getting an upgrade! Building upon the last addition of more reporting categories to improve the granularity of in-game reports, we’ve added a new player-reporting panel. This new panel will provide you with more information on each type of reporting category so you can make an informed decision about which report type best fits the situation. More accurate reports from you and other players, means we can make sure we’re handing out the appropriate sanctions to players that deserve it. 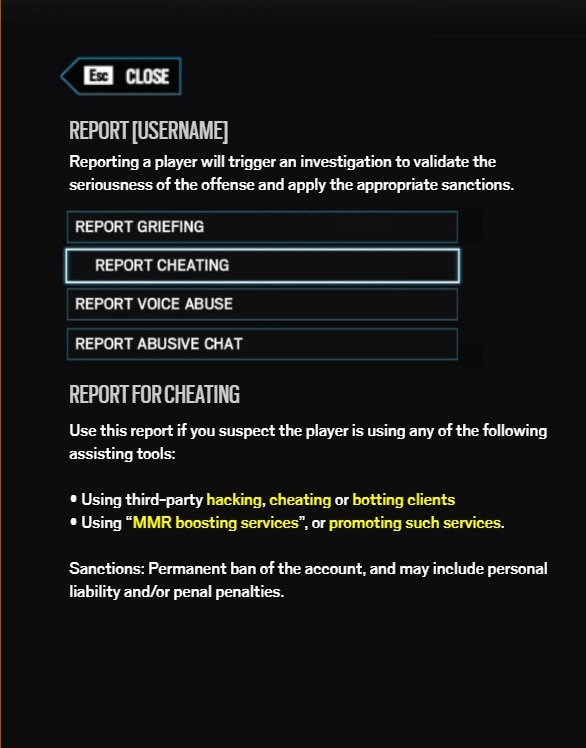 Access the Report options via the Player Profile Panel. Each report type has a description to help you choose the most appropriate report type. Once the report is made, you’ll receive a confirmation message that we received the report . Players can only be reported once per match per player.