SCUM Patch Note from the August 20 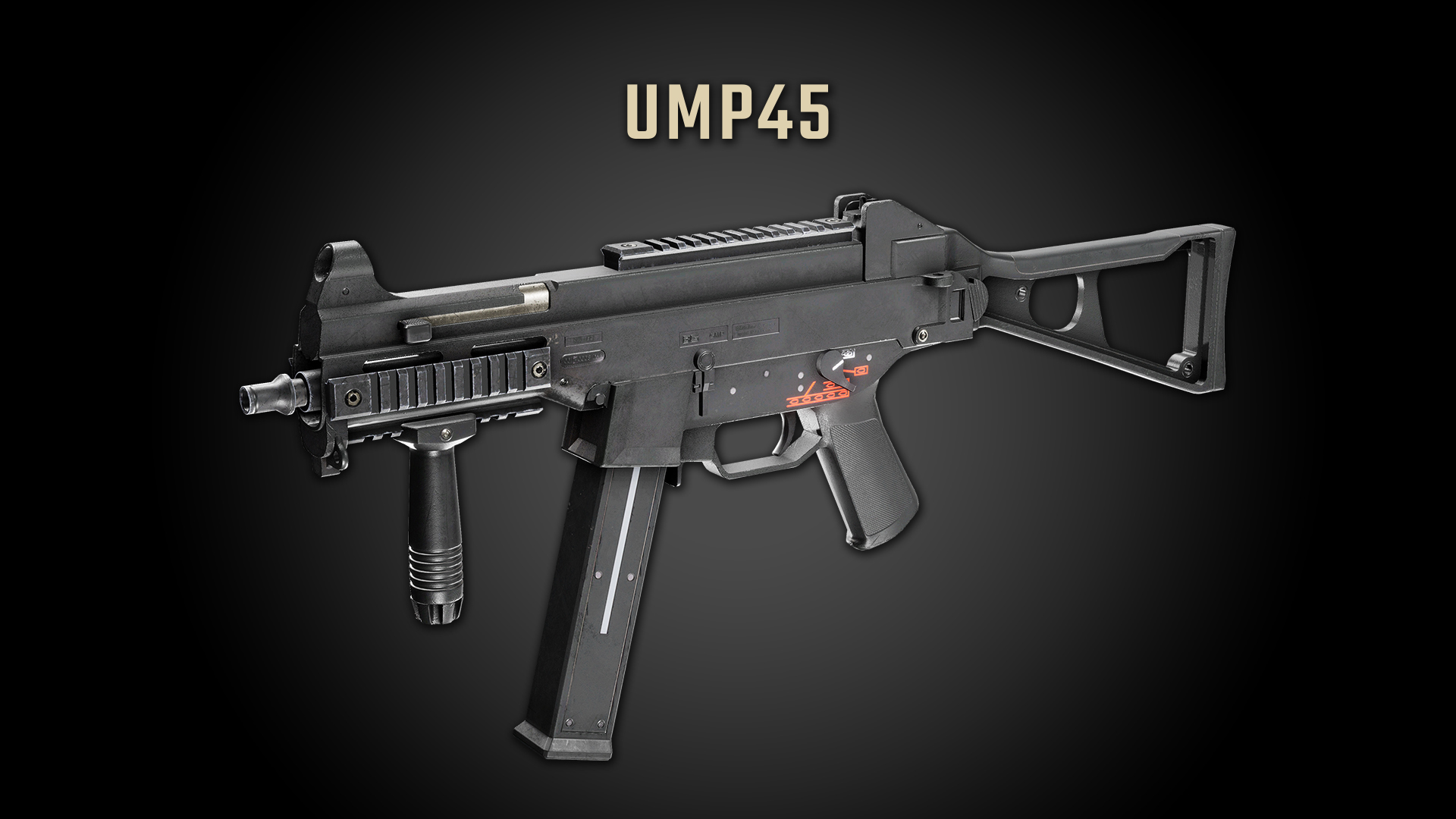 New variations of the MP5 have arrived. Presenting the MP5SD the silent brother, and the MP5k the short brother. SD variant has an already integrated suppressor in it, for those extra operative players. While the MP5K is quite smaller making it an excellent backpack-backup solution. 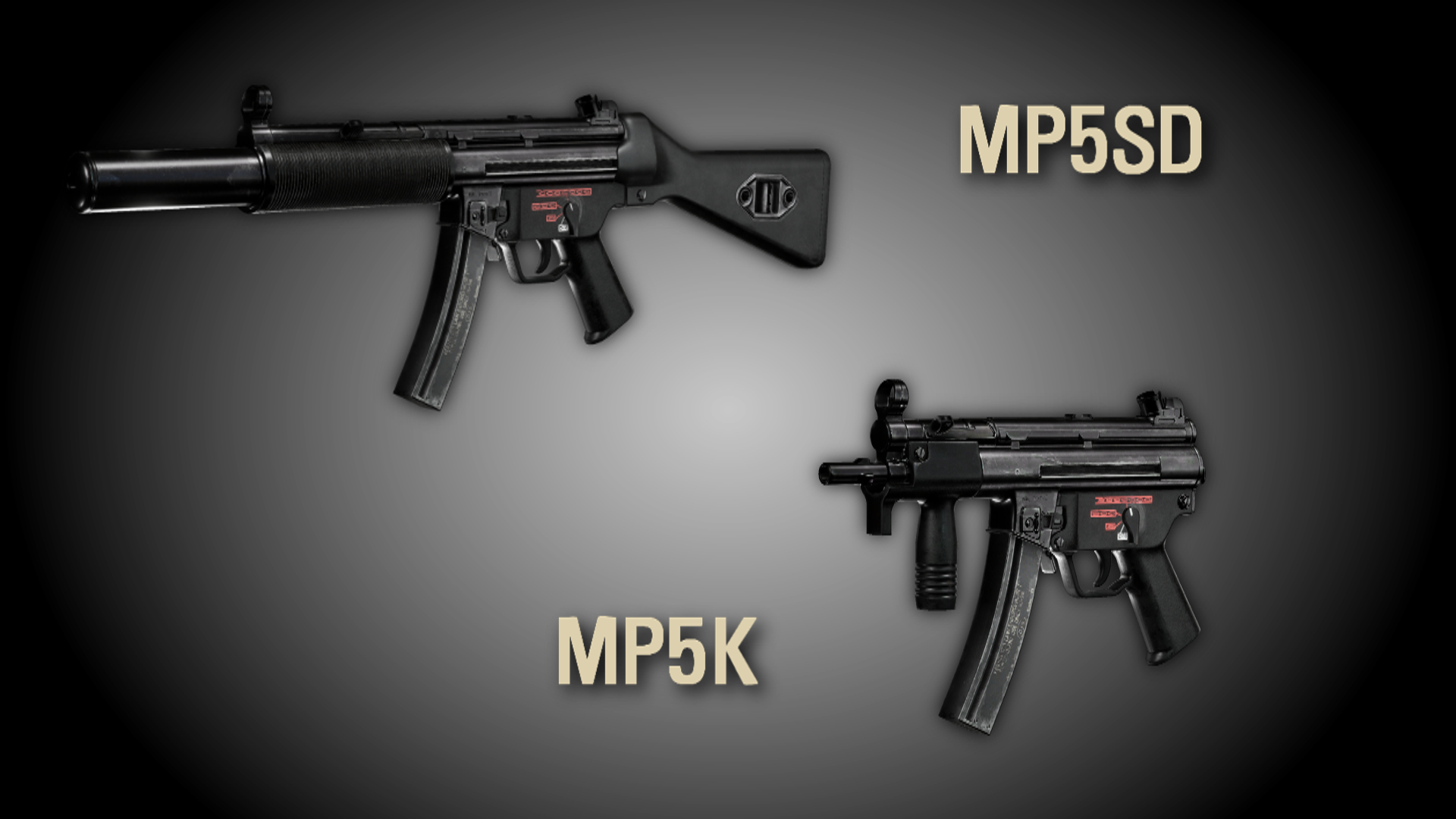 We have also added a new config that allows server owners to limit what part of the map is actually playable.

You can utilize this by going to the new folder [SCUM.WorldSettings].

There you will see these parameters:

Custom map active enables/disables this feature.
Custom map center X/Y sets the centre (co-ordinates) of the new playable zone, while Width/Height sets how big the new zone will be (in kilometers).

There is also a new command #ReloadCustomMapConfig that lets you turn the custom map on/off and the size of it, without the need of restarting the server. Make sure to wait at least 30sec so the server updates the new setting before entering the command.

Time for another round of private server shotouts! 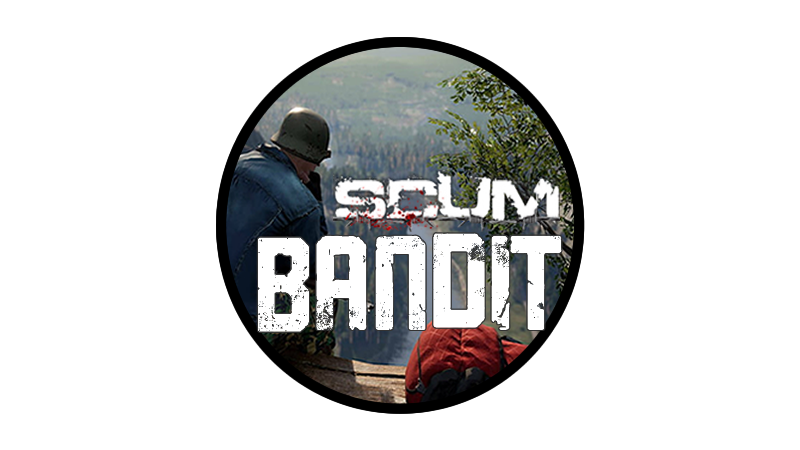 _A recently established vanilla-esq server with active Admins and zero tolerance for cheaters. Our aim is to provide a official like server with regards to server settings but with a active admin team. 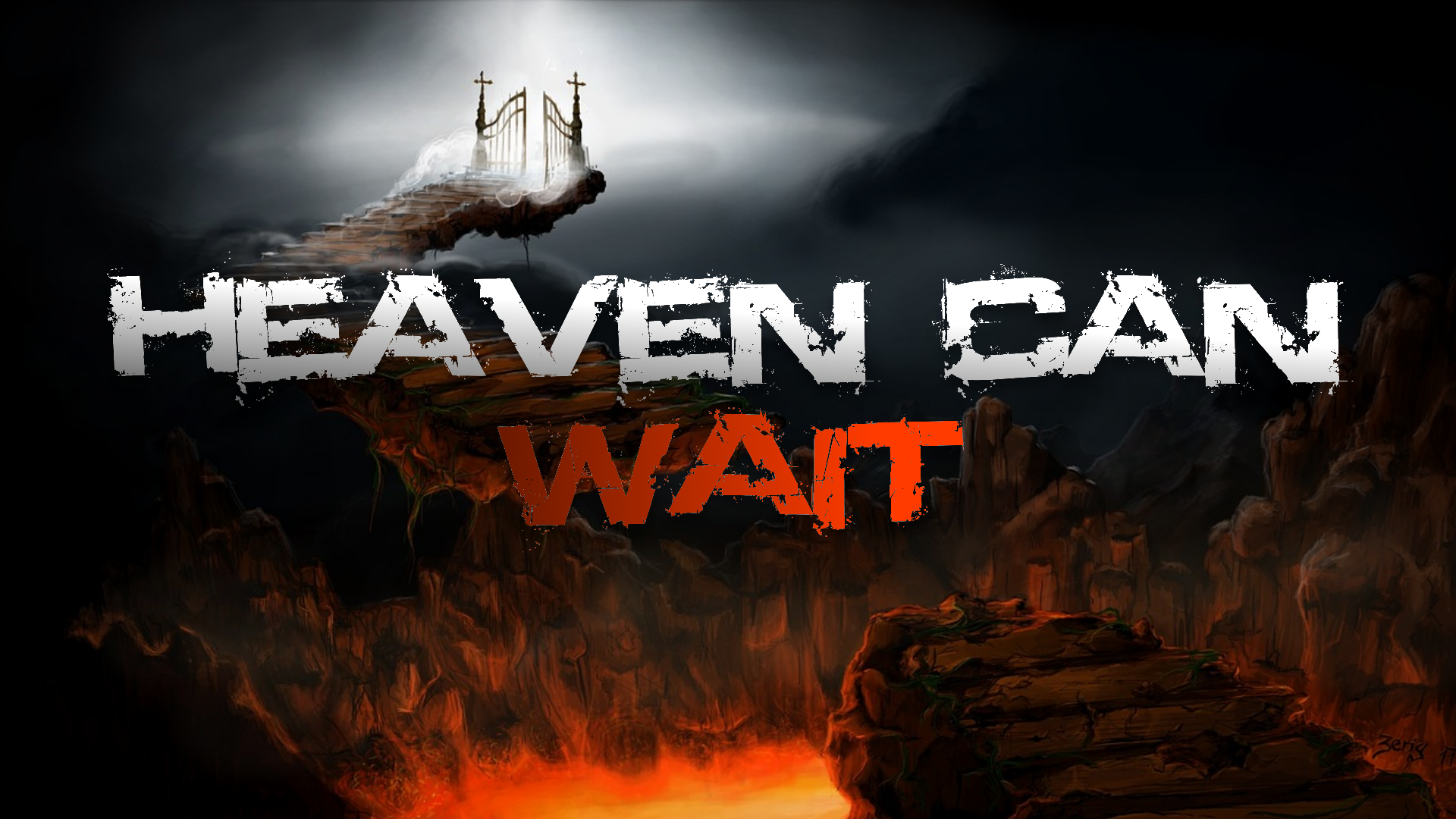 Our server began 6 months ago, as a place for a group of friends to play the game we love. We had no intention of growing it into what it is today, for that we have our team and our community to thank.
Ours isn’t an easy server, it’s tough to survive out there with lower loot, more puppets etc, but it IS a fun server. We have designed and built it around Fair PvP, this includes our unique raiding system, The Purge!
Our server also offers almost daily events and a huge one every Saturday, thanks to veda and the rest of the events team.
We have a discord community, this is an important part of our community and is extremely active thanks to W1lly.
We also have 2 teams of Marshals, this means our server has support almost around the clock to cater for all time zones.
The server is set up in such a way that it follows the development of the game closely, we don’t use bots, so everything is done by hand, we have a Trader, a running economy with prisoners, a Justice System, Marshal Law and more, all built from our community who created a natural society within the game, just as we think the lore of the game describes. This isn’t an RP server, but we have a lot of RP players who are able to play this way within it.
We will continue to follow the development and always keep our players in the loop, Boggy founded the server, but he always says “it was improved by noodle.” You’re all welcome to come join us. 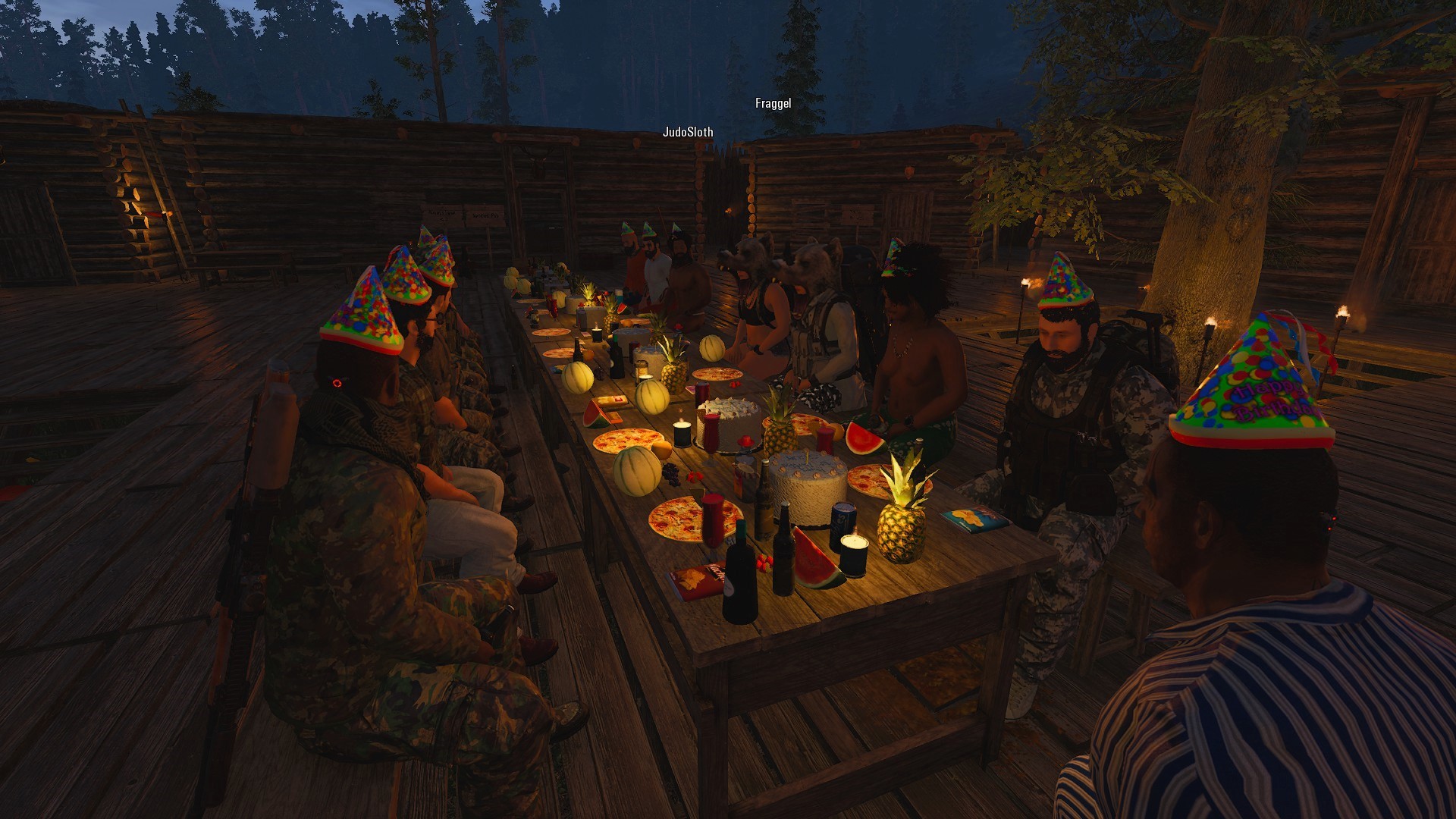 As you might have already seen, next week is the 2nd anniversary of SCUM hitting Early Access. To celebrate this we are hosting a tournament in collaboration with a couple of communities, among other things which are TBA. Have a look at the flyer and mark your calendar. 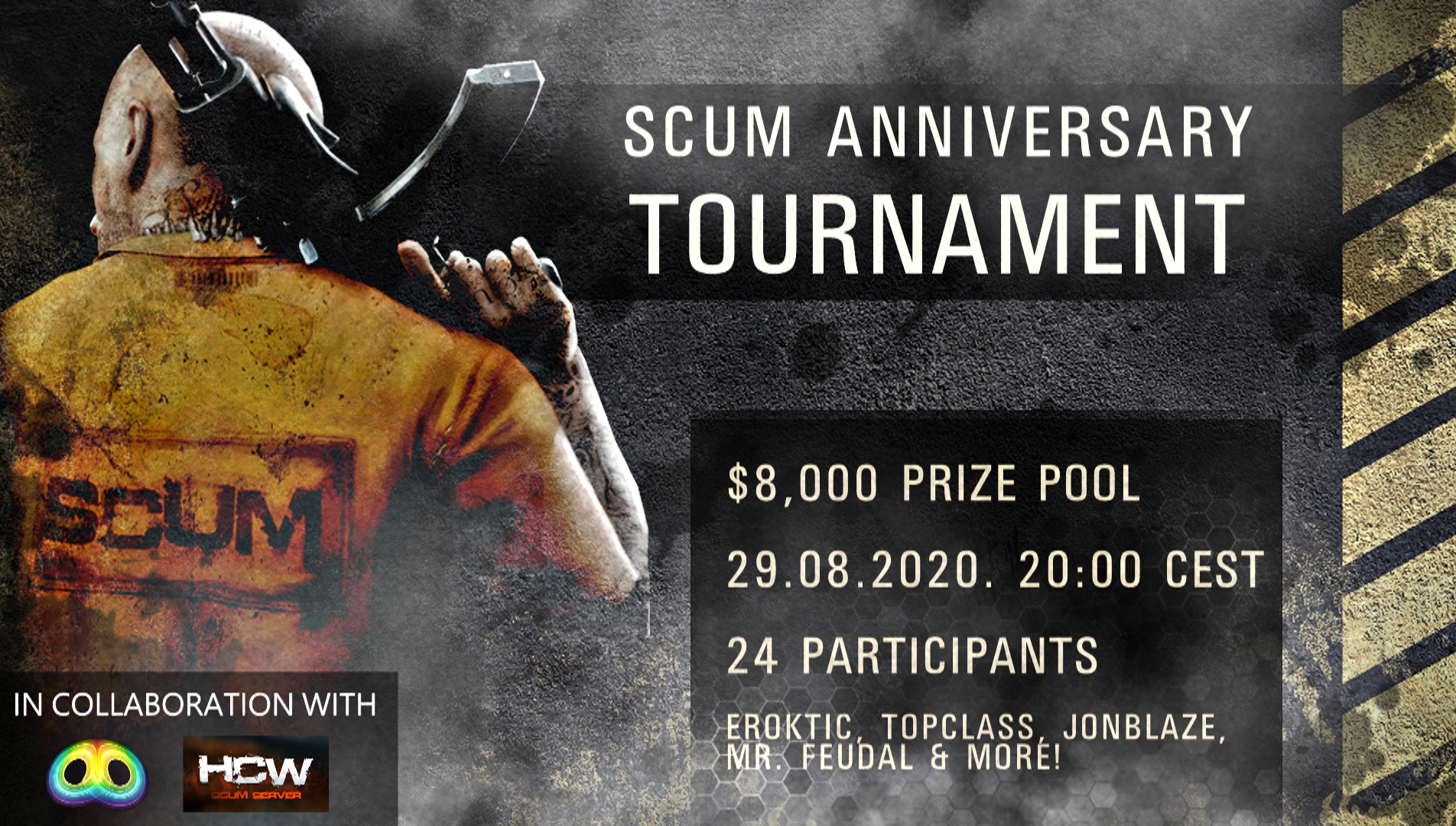